How to end illegal pet trade of the Blue-throated Macaw 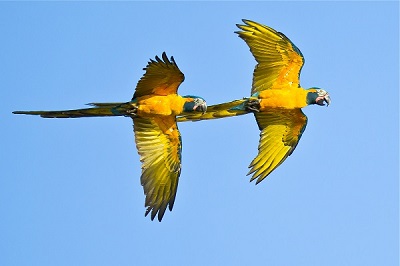 What does it take to run a successful nationwide campaign to tackle the illegal trade of a Critically Endangered species to save it from extinction?

There are thought to be only 350 Blue-throated Macaws left in the wild. They live in northern Bolivia and are found nowhere else on Earth. The illegal pet trade is driving the species to extinction. Armonía set out to inspire behavior change across Bolivia to protect the species into the future, with the crucial support of the Loro Parque Fundación.

But to create change we needed to overcome a major problem: many people in Bolivia live in desperate poverty and the price a bird can fetch on the illegal pet trade market is too great a reward to miss. Families worry about how they will feed their children, why should they care about the extinction of a bird? By working in collaboration with local communities, we were able to find the solution…

Our aim was to inspire a feeling of national pride in the macaw. First, we needed to let the people across the country know that the Blue-throated Macaw existed; most Bolivians were not aware of its existence never mind that it was Critically Endangered and endemic to Bolivia. Next, we had to convince the people that only they could save the species. We told the local and communities of the Beni savanna that the Blue-throated Macaw was their bird and only they had the power to protect it.

To run this campaign successfully, our team worked tirelessly to communicate the message locally and nationally. We appeared on TV programs, spoke on regular radio spots, we were present at all the festivals and fairs across the country, and we went into schools and gave presentations. But importantly we didn’t just bombard people over a short time period, we consistently spread this message for 7 years. 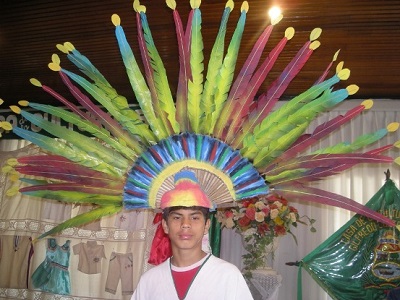 Thanks to this ongoing work, the 20 to 30 Blue-throated Macaws that were being sold on the illegal pet trade market every year has been significantly reduced. The people of Bolivia now consider it shameful to be trading the bird. While in 2014, the Bolivian national government declared the Blue-throated Macaw a national heritage species, giving it greater legal protection.

As part of our ongoing work, we are training indigenous groups in how to create alternative feathers for their traditional headdress. The indigenous communities of the Beni savanna have a dance of high cultural importance, in which performers wear a headdress made from the two central macaw tail feathers. Each headdress contains feathers from about 10 killed macaws.

The added benefit of this training is that the indigenous communities can sell the artificial feathers and headdresses at festivals to generate an alternative, extra income for many poor and marginalized families. We combine this with educational programs for children and now every year different schools compete to win the best alternative headdress award.

Despite the success of this campaign, the illegal trade of birds in Bolivia continues and we haven’t been able to get the support of the police to prioritize a clamp down. As long as demand in the market remains, there will always be a threat to the birds of Bolivia.