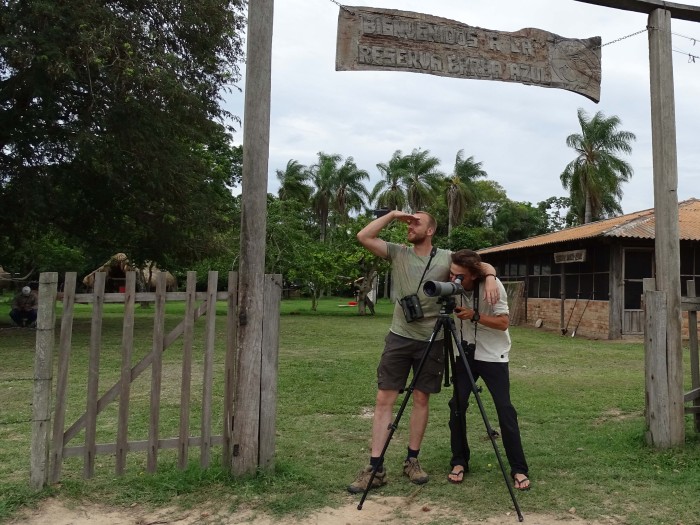 Reserve coordinator Tjalle Boorsma, and researcher of the University of Wageningen, Fabian Meijer set out for a “Barba Azul Big Day”.

Situated in the heart of the Beni savannah, the Barba Azul Nature Reserve is a magnificent hotspot for bird watchers with more than 300 officially registered bird species, amongst those such rarities as the Cock-tailed Tyrant, Black-masked finch and the emblematic Blue-throated Macaw. As the dry season is coming to its end, reserve coordinator Tjalle Boorsma, and researcher of the University of Wageningen, Fabian Meijer set out for a “Barba Azul Big Day” in search of new species. They returned with a stunning number of 179 species registered during a one-day walk.

This part of the year is particularly busy at Barba Azul Nature Reserve, as both boreal and austral migrant species are present in an area where cerrado, savannah and swamp habitats alternate.

“The avifauna of the reserve is actually so abundant, that birding starts from bed, and you don’t even have to open your eyes to register your first species of the day. The whistled hoots of the Ferruginous Pygmy-Owl, the slowly paced notes of the Tropical Screech-Owl and the long ranging cry of the Common Potoo drove me out of bed well before the alarm clock even sounded”

– said Fabian Meijer about how the Barba Azul Big day kicked off in the early dawn, at the reserve´s Field Station, where visitors lodge within a stone´s throw from the Omi river thriving with waterfowl species.

The plan for the day was straight forward: register the major number of species and possibly beat the previous record of 132 sightings done by Bennett Hennessey and Tjalle Boorsma, during the 2015 official “eBird big day”. 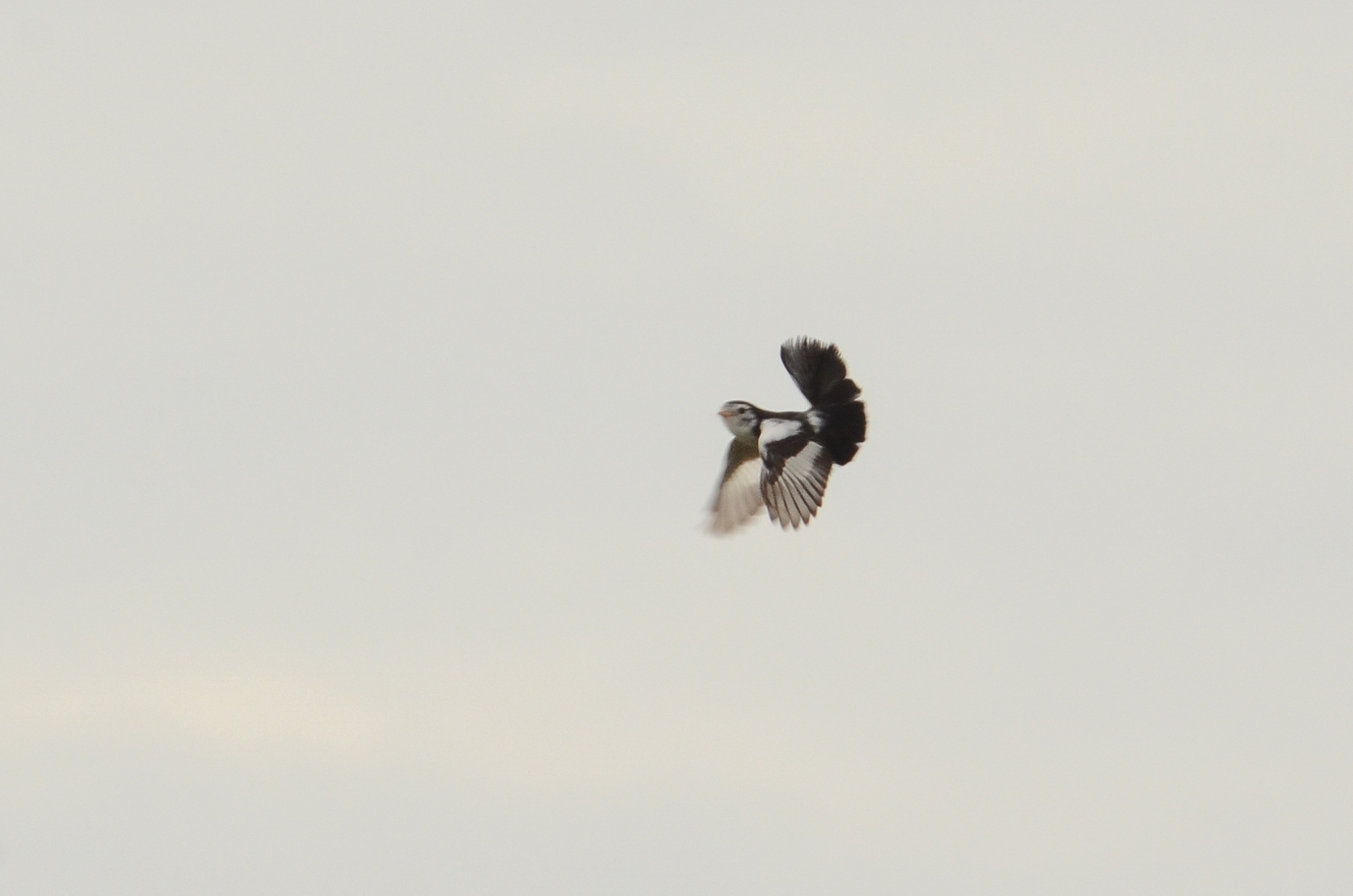 For the morning birding, the lush tall-grass savannah habitat was chosen, where the elegant Cock-tailed Tyrant delighted our birders with its characteristic, wobbling flight. Along the day’s early ligth, the seasonally flooded savannah offered dozens of further species to register to our little group.

Following the trail back to the main Barba Azul gallery forest Island, the next intermediate stop was the short-grass river edge habitat of the Omi River, preferred by shorebirds and boreal migrants. North-American Waders and a spectacular flock of 40 Buff-breasted Sandpipers were added to the Big Day bird list. 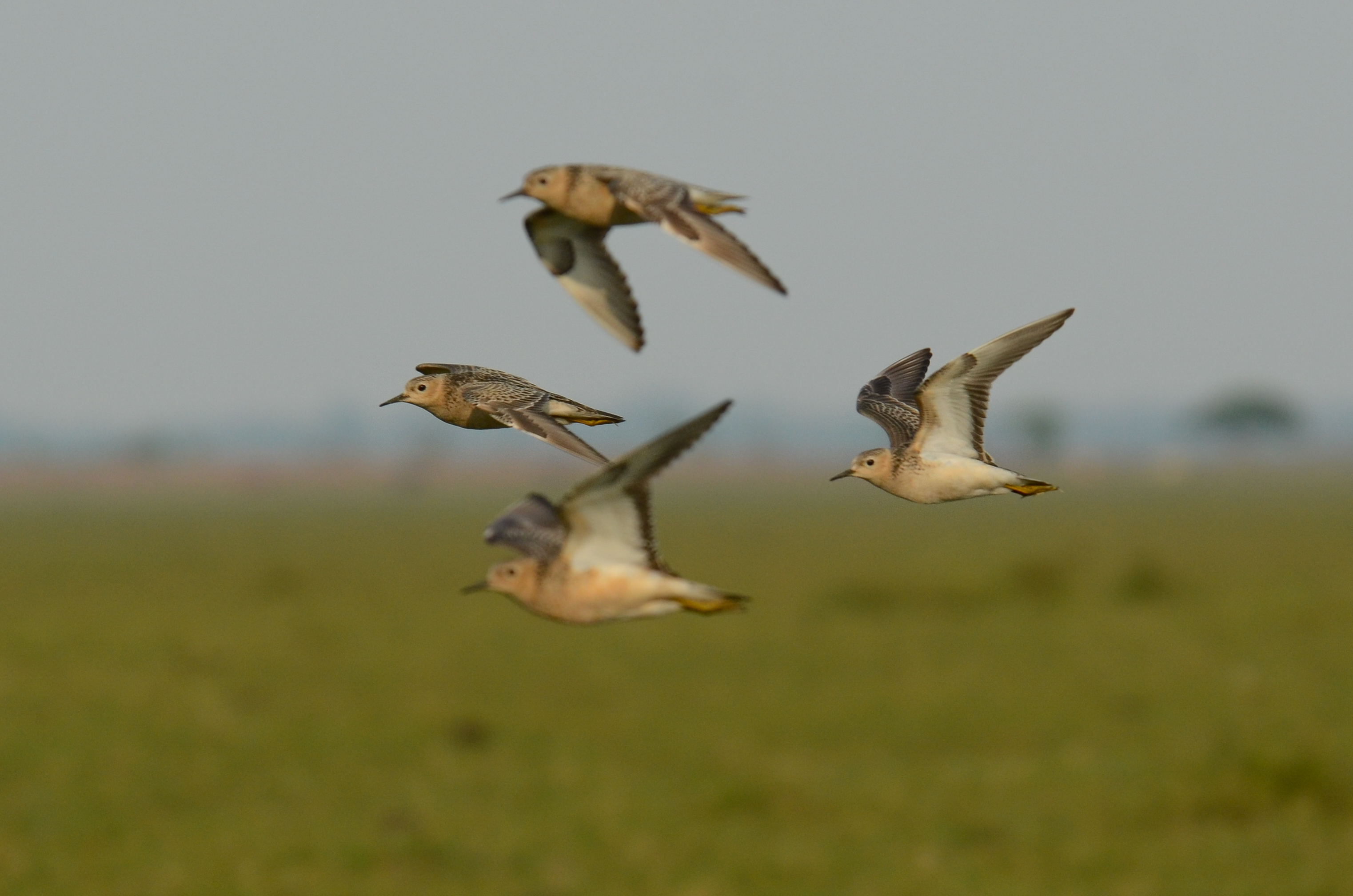 As the sun crawled higher over the Beni horizon, it was time to look for shade to shelter from scorching heat, assessing the bird lists and of course, rehydrate and a bite at the Field Station.

“Our eight-hour long walk alone, already resulted in more than 150 different species, therefore in the afternoon we set up a 25-species wish list and headed out northwest from the Field Station through swamp and gallery forests habitat”

– recalls Tjalle Boorsma. Even if the much expected and rare Streamer-tailed Tyrant turned out to be shy to show up in the marshes that morning, its loud, unmistakable calling accompanied all the way along the swampy areas.

The main trail that runs eastwards from the Field Station criss-crosses through a diverse landscape of gallery forest scattered with marshes and rivers, offer a wide variety of birds. 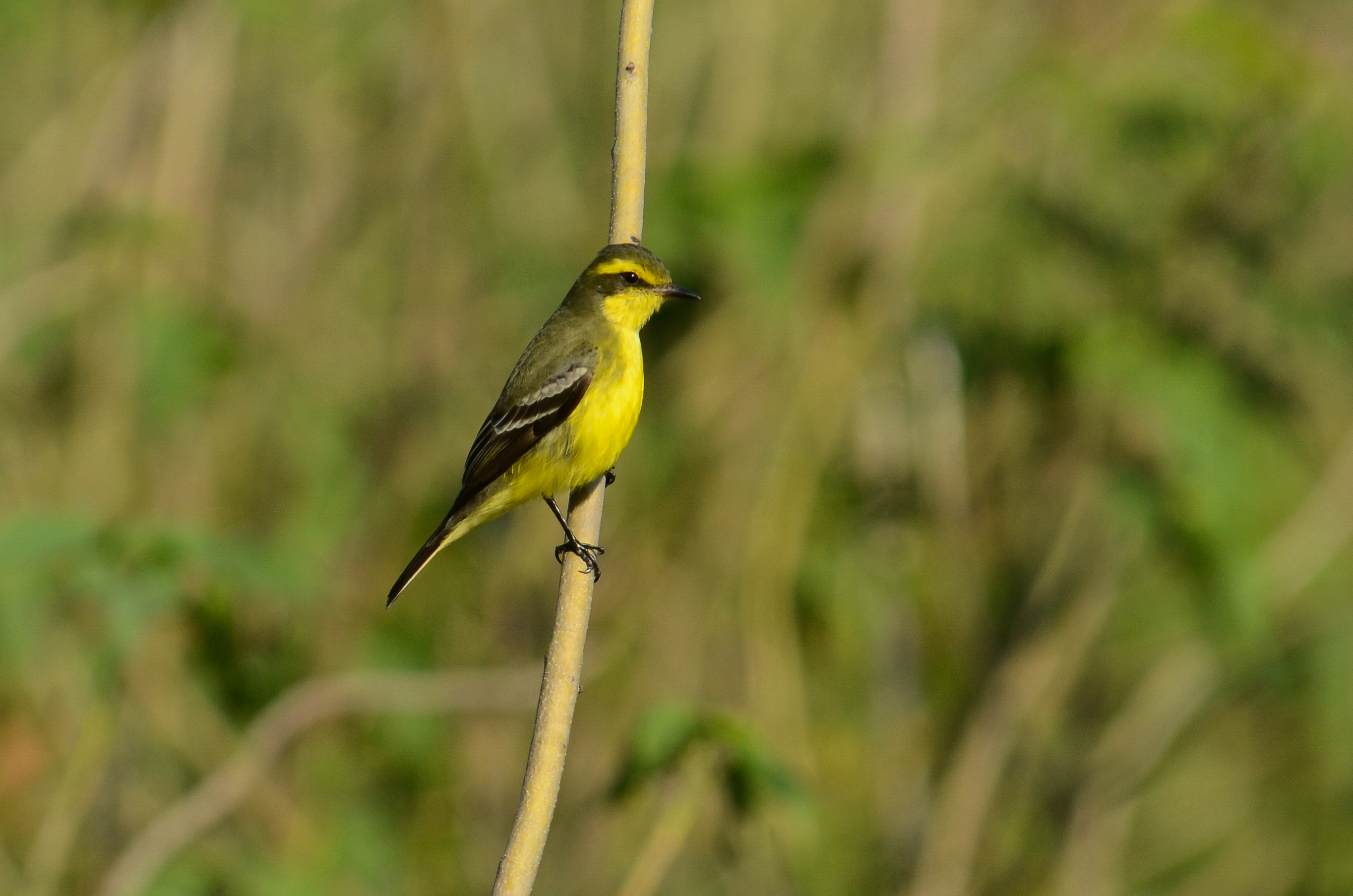 First highlight of the afternoon was an early-arriving local migrant to the reserve, the Greater Ani, which was soon followed by another out-of-schedule bird, this time an austral migrant, the Yellow-browed Tyrant.

“As we walked through the gallery forest, to my mayor surprise we found ourselves under a pair of huge watchful eyes of the first ever recorded Great-horned Owl in the reserve” 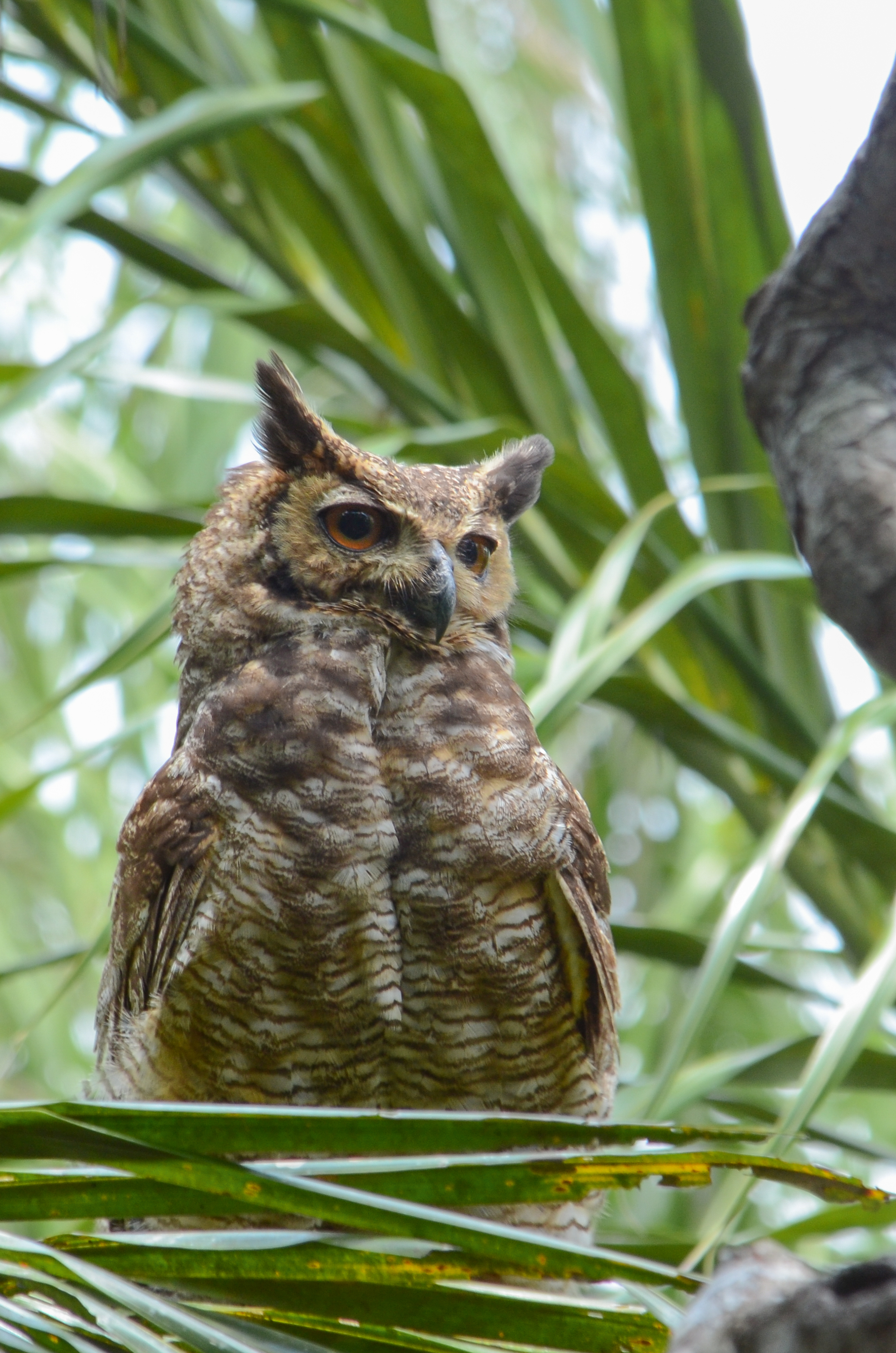 The last afternoon artist to show off in front of the binoculars was the Lesser Nighthawk, just before the savannah sky turned red in the sunset.

Back at the Field Station the final assessment of results took place. Including an early hour Common Pauraque singing under the rising Moon, not less than 179 species were sighted, heard and registered at Barba Azul Nature Reserve.

At Barba Azul Nature Reserve we protect the Critcially Endangered Blue-throated Macaw and hundreds of other species in their habitat. Please consider supporting us. Thank you.