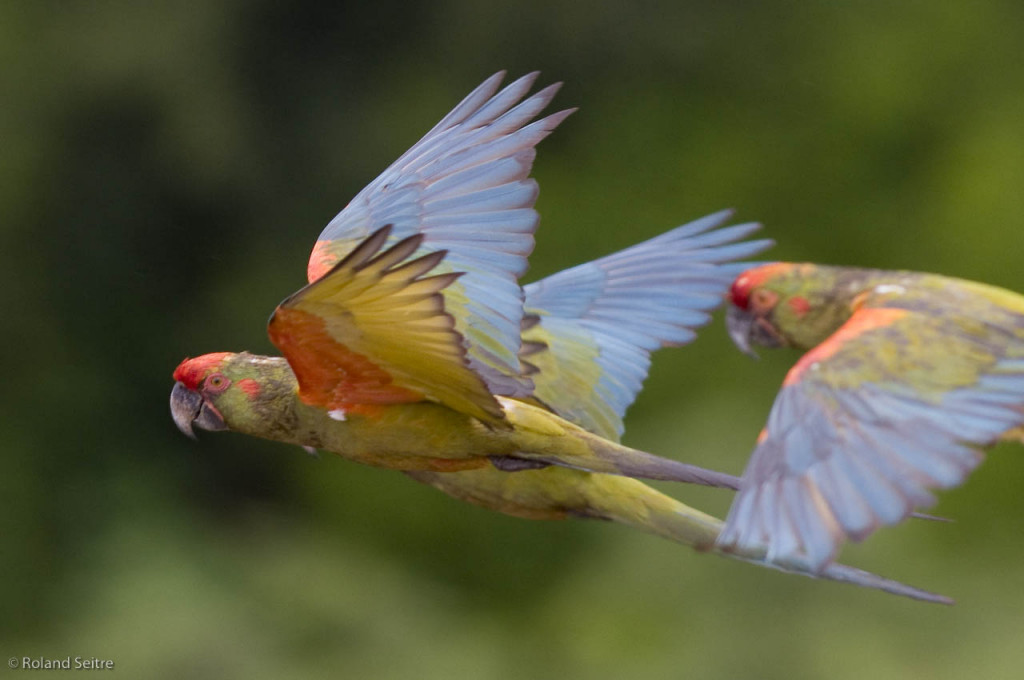 Uncommon to locally common in a small region in the Andean valleys of south-central Bolivia. The Red-fronted Macaw breeds semi-colonially on steep cliff holes in river valleys. It is observed in pairs or family groups during austral summer and fall, while during winter month they gather in dozens in peanut and corn fields due to scarce native food sources resulting in persecution by farmers. 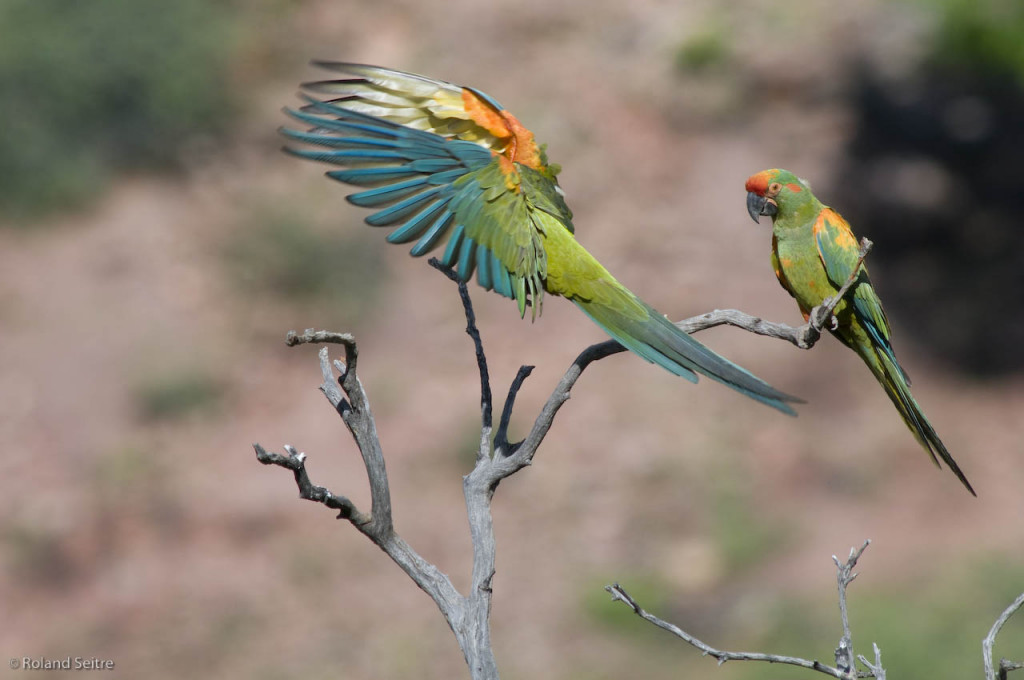 Like other medium-sized macaw species, Red-fronts are threatened by habitat loss and illegal pet trade reducing its population to approximately 670-2000 adult individuals.

With the cooperation of communities in the Mizque river valley an ecotourism lodge was opened to provide locals with alternative incomes and to motivate the inhabitants to protect this endangered species. 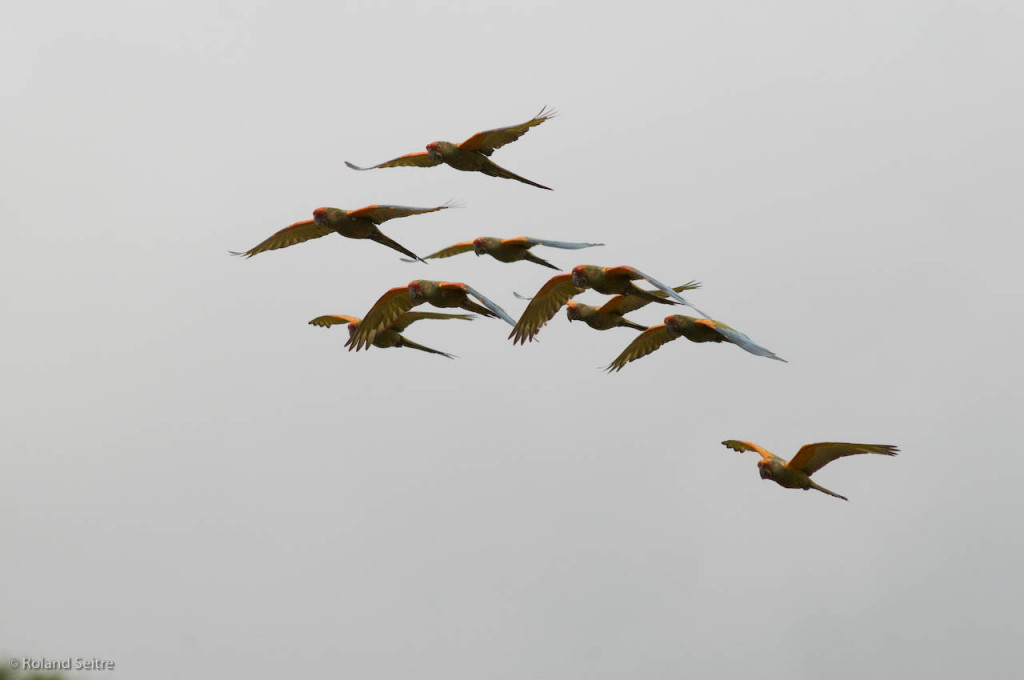 Off the breading cliffs in tight formation (Photo by Roland Seitre)

Armonía has launched a fundraising campaign to raise donations for a deep-well to be constructed in the community of San Carlos alongside a native tree nursery so natural fruiting plants remain in the area for the macaws.

You can make a tax deductible online donation through our partners the American Bird Conservancy. (In the comment box, simply write:Red-fronted Macaw Reserve.) Thank you for your support.

We thank our international partners and individual donors for the achievements of Barba Azul Nature Reserve program – we cannot save the species or empower our people without your generous support. Thank you.