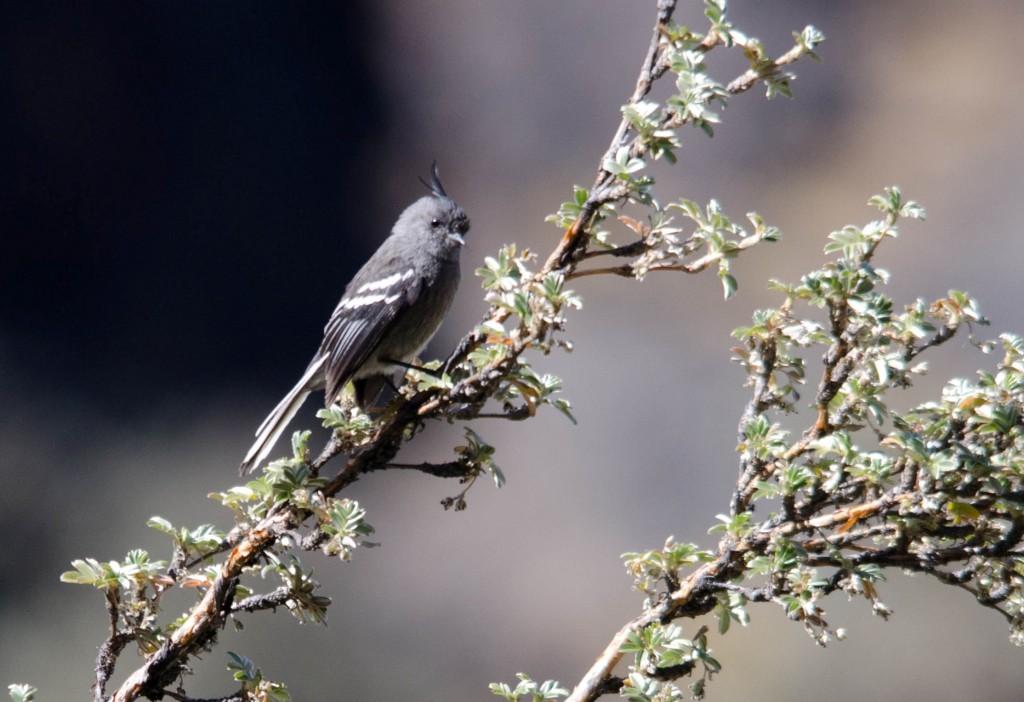 Habitat and behaviour:  Rare to locally uncommon in high Andean humid Polylepis-Gynoxys woodlands of Peru and Bolivia. The Ash-breasted Tit-tyrant has an unmistakable appearance with black central crown feathers elongated into a thin, bifurcated crest.

This restless little flycatcher is generally observed solitary, in pairs or family groups foraging on outer branches for arthropods and small invertebrates by energetic sallies and gleanings. 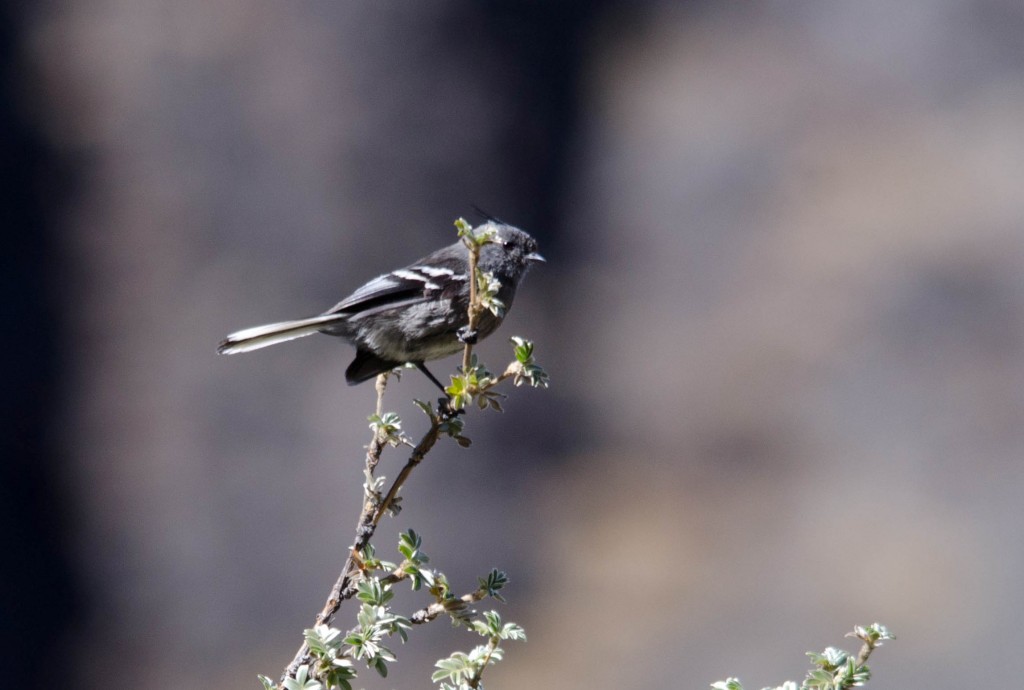 To save the species and it´s habitat CEPF grantee Armonía is working on integral Polylepis reforestation and community development projects with indigenous Aymara and Quechua inhabitants.

To ensure that the Polylepis Forest program is a success we need to enhance our conservation measures and create behavioural changes.

The program urgently needs support to fund the ongoing protection of the remaining Polylepis forest fragments, or there will not be enough habitat to support viable populations of Royal Cinclodes and Ash-breasted Tit-Tyrant.

If you would like to support the Polylepis Forest program – to save these endangered and highly specialized birds – please donate.