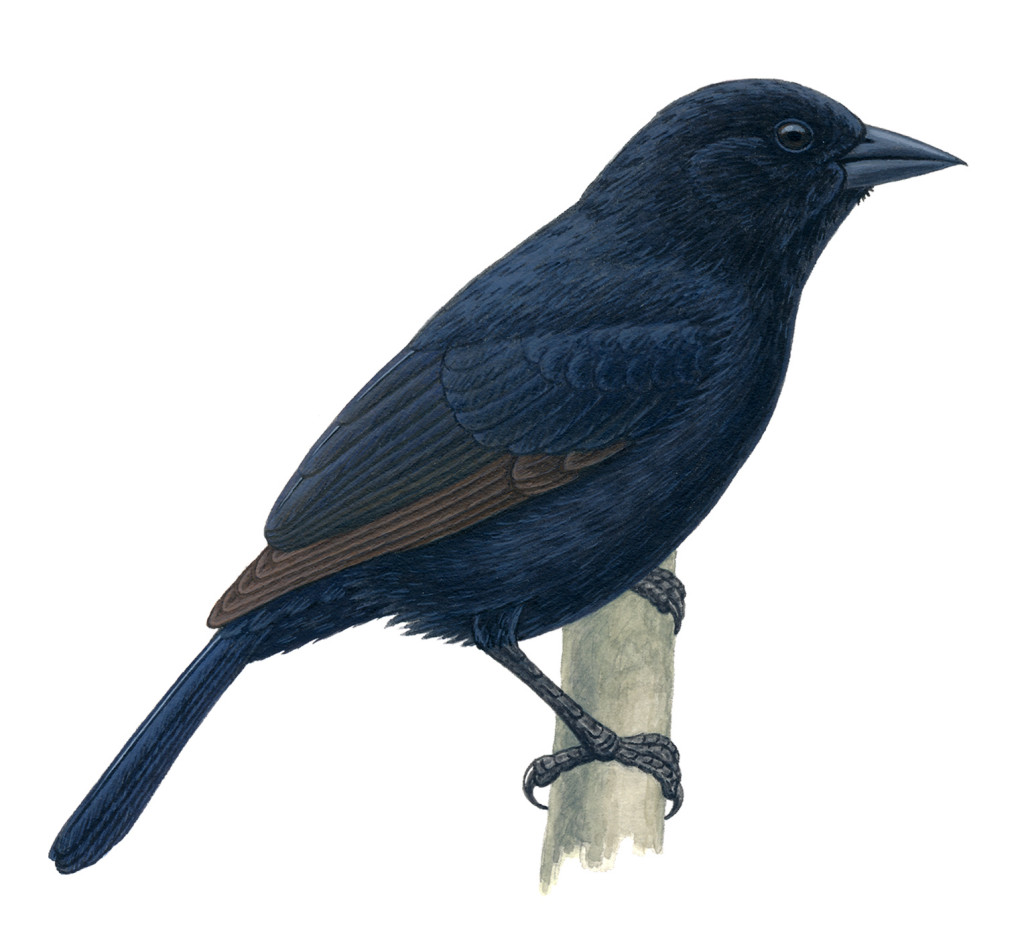 Fairly common in dry scrub, open river-edge woodlands and agricultural fields, in the inter Andean dry valleys of central Bolivia. It can also be locally common in semi-humid Polylepis forests on the Eastern slopes of the Central Andes (e.g. Tunari National Park). It is typically found from 1400 to 3000 m., but in some places, such as San Miguel (Tunari National Park), can be found up to 3700 m.

This species usually forages on insects and other arthropods, and frequently also on crops. Typically seen in large flocks up to 50 birds.