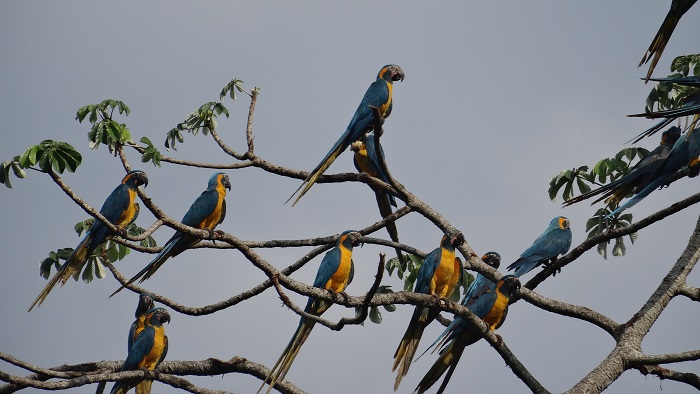 The Blue-Throated Macaw population is on the rise at Barba Azul Nature Reserve, but the question remains open. Where do our birds breed? (Photo: Tjalle Boorsma)

Created by Armonía in , the 27 000 acres of Barba Azul Nature Reserve is a stronghold for the Critically Endangered and Bolivian endemic Blue-throated Macaw. Deep in the heart of the Llanos de Moxos, the protected area provides ideal feeding and roosting habitat to for Blue-throated Macaws.

From May to November of 2016, Dutch researchers from the University of Wageningen reported record breaking sightings of 118 macaws, many of those juveniles. Beginning in November, the birds begin to “disappear” and scatter to unknown sites and return once again in March.  Blue-throated Macaws never nested and raised young at the reserve and the site(s) outside of the reserve where the macaws reproduce are a mystery to science. 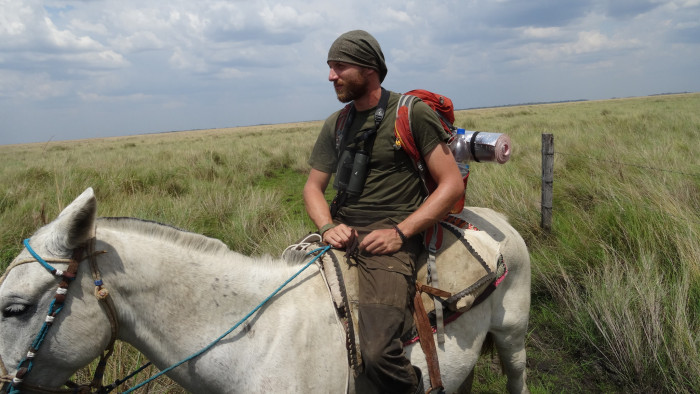 To answer this question, Armonía and American Bird Conservancy partnered to coordinate an expedition in search of potential breeding grounds outside the reserve with additional help from the Cincinnati Zoo.  Tjalle Boorsma, scientist and manager of Barba Azul Nature Reserve will lead a crew by horseback into the remote wilderness of the Beni Savannah in search for the elusive nesting grounds of Blue-throated Macaws. In the impenetrable flooded areas, the team will fly a drone to explore and collect footage of never before surveyed parts of the species range.

Discovering where the macaws migrate to hatch and raise chicks is imperative, as it will allow scientists to gain a full understanding of the macaw’s entire life cycle and thus ensure full protection of the species.

Please help us to save the most threatened bird species of Bolivia.

We thank our international partners and individual donors for supporting the Blue-throated Macaw program and Barba Azul Nature Reserve – we cannot save the species or empower our people without your generous support.