Home About us Our Supporters

Armonía’s effective approach to nature conservation across Bolivia has gained funding from highly respected international organizations and generous individual donors. We thank you for your support.

A not-for profit organization whose mission is to conserve native birds and their habitats throughout the Americas. They envision an Americas-wide landscape where diverse interests collaborate to ensure that native bird species and their habitats are protected, where their protection is valued by society, and they are routinely considered in all land-use and policy decision-making.

American Tours are a leading ecotourism company in Bolivia and they believe that properly conducted ecotours will help protect and save many of the wondrous and spectacular sights in the country.

The Association of Field Ornithologists (AFO) is one of the world’s major societies of professional and amateur ornithologists dedicated to the scientific study and dissemination of information about birds in their natural habitats. AFO encourages the participation of amateurs in research, and emphasizes the conservation biology of birds. 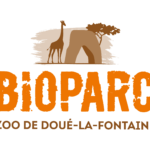 Bioparc Zoo at Duoé la Fontaine is one of the most most beautiful zoos in France. In 2001, as part of its 40th anniversary, Bioparc started an international program to support multiple conservation projects around the world.  Its commitment to protect key threatened species has increased ever since.

A tour agency with years’ of experience and knowledge of birding routes and sites, hotels, restaurants, and the best way to get things done in Bolivia. They specialize in Bolivia to offer the best quality, punctual and professional tours possible, while supporting conservation and local communities.

The well-being of all birds – especially parrots – is Bird Endowment’s passion. Their mission is to break the extinction vortex into which the Blue-throated Macaw has been thrust. They support those in situ Blue-throated Macaw conservation projects that are planned and executed with stakeholder consensus.

The world’s largest nature conservation Partnership, with 120 BirdLife Partners worldwide – and growing. They are driven by the belief that local people, working for nature in their own places but connected nationally and internationally through their global Partnership, are the key to sustaining all life on this planet.

The British Birdwatching Fair or Birdfair is an annual event for birdwatchers, held at Rutland Water in England. Every year, they choose an international conservation issue to support. The projects are suggested to them and managed through the BirdLife International partnership. 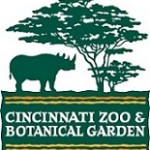 The mission and vision of the Cincinnati Zoo & Botanical Garden is dedicated to creating adventure, conveying knowledge, conserving nature, and serving the community. They are committed to inspiring passion for nature and saving wildlife for future generations.

CLP is a partnership of three of the world’s leading biodiversity conservation organisations. Drawing upon the expertise of conservation professionals from across the globe, they direct project funding and training to early career leaders from developing countries who are tackling priority conservation challenges.

FAN’s mission is to find solutions and innovative actions to address the growing environmental degradation. They believe that in this work the most important resource they have is their people, the women and men of Bolivia who recognize the importance and intrinsic value that nature has and are committed to its conservation.

The mission of IAI is to develop the capacity of understanding the integrated impact of past, present and future global change on regional and continental environments in the Americas and to promote collaborative, well-informed actions at all levels.

The first and only Canadian charity to focus solely on conserving nature in the highly biodiverse tropics and other priority areas worldwide. They secure land for permanent protection in private nature reserves, while working with local communities to protect threatened species and ecosystems.

IUCN National Committee of the Netherlands

IUCN NL works with NGOs, companies, governments and scientists to strengthen human wellbeing through worldwide nature conservation. Their activities focus on three themes: green international cooperation, greening companies, and restoring and conserving nature. On top of that, IUCN publishes a yearly update of the Red List of Threatened Species.

Loro Parque Fundación has been working since 1994 for animal welfare and biodiversity conservation, and has supported the Blue-throated Macaw conservation program from 1995 to 2016. It does this primarily from its headquarters in Tenerife, Canary Islands, but through its collaborations with organizations across the world it supports the protection of endangered species globally.

March Conservation Fund expands protected areas, supports ecological research, and empowers the public to become stewards and advocates for the natural world. Their work is focused on building the capacity of nonprofit operations, both domestically and abroad, to conserve populations of threatened birds and associated biodiversity.

A conservation organization that buys land for nature, in order to protect habitat for the great variety of species. With climate change in mind, Naturefund concentrates on buying forests and replanting them.

The Neotropical Bird Club is an international organization for birdwatchers and ornithologists interested in the birds that occur in the Neotropics (Middle & South America and the Caribbean). The NBC has been helping to conserve the birds of the Neotropics since 1994.

Neotropical Grassland Conservancy helps launch careers in conservation by providing grants and equipment to students and scientists working in grassland habitats in Central and South America.

A private foundation whose mission is to foster community-based conservation of landscapes and seascapes and the biocultural diversity found in these places. They believe that natural and cultural values are inextricably linked, and that indigenous and local communities should play a fundamental role in their stewardship.

Founded in 1873, the Nuttall Ornithological Club was the first organization in North America devoted to ornithology. During the Club’s 125 years, its members have included the premier names in the field of ornithology, such as William Brewster, Ludlow Griscom, and Roger Tory Peterson. A primary goal of the club is to publish ornithological literature.

Rainforest Trust purchases and protects the most threatened tropical forests, saving endangered wildlife through partnerships and community engagement. Through these local partnerships, they empower indigenous people to own and steward their own lands while offering them education, training, and economic assistance.

The RSPB is a UK charity working to secure a healthy environment for birds and all wildlife, helping to create a better world for everyone. The RSPB is a member of BirdLife International, a partnership of conservation organizations working to give nature a home around the world.

The mission of the Society for Conservation and Protection of Environment (SCOPE) is to protect the environment at local, national and global level within the framework of the global environmental and Sustainable Development (SD) agenda.

The SDC is Switzerland’s international cooperation agency within the Federal Department of Foreign Affairs (FDFA).

The Swedish partner of BirdLife International, SOF’s main mission is the protection of birds, bird research and to promote an appreciation of birds. There are 25 regional associations linked to SOF, engaged in bird conservation and research at the regional level.

Glasgow University have supported Armonía through their scientific research exhibitions in the Barba Azul Nature Reserve, greatly enhancing data and knowledge of the avian, mammalian and herpetological fauna of a newly created reserve in the Beni region of Bolivia, paying particular attention to studying the Critically Endangered Blue-throated Macaw.

US Department of State

The Department’s mission is to shape and sustain a peaceful, prosperous, just, and democratic world and foster conditions for stability and progress for the benefit of the American people and people everywhere.

US Fish and Wildlife Services

The Van Tienhoven Foundation for International Nature Protection aims to promote the protection, conservation, and sustainable use of ecosystems and it’s living organisms, where ever these are threatened or under pressure outside the Netherlands.

An international conservation charity, World Land Trust (WLT) protects the world’s most biologically important and threatened habitats, acre by acre. Since its foundation in 1989, WLT has funded partner organizations around the world to create reserves, and give permanent protection to habitats and wildlife.

The World Wide Fund for Nature (WWF) is an international non-governmental organization, working in the field of the biodiversity conservation, and the reduction of humanity’s footprint on the environment. WWF protects endangered wildlife and environments, tackles climate change and promotes sustainable use of resources.

Katharine and David Lowrie, of the 5000 Mile Project, ran the length of South America unsupported to raise awareness and money for the conservation of threatened habitats in South America, ensuring their protection through local governance and employment.