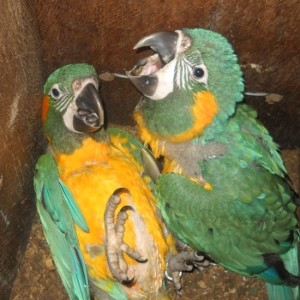 How do you entice a Critically Endangered species to breed in the safety of a nature reserve to ensure its survival?

The Barba Azul Nature Reserve in the Beni savana of northern Bolivia is the world’s first protected area for the Blue-throated Macaw, whose population is estimated at just 350 birds.

Although the macaws spend half the year foraging and roosting in the reserve, at the moment they do not breed in the safety of the protected area. Instead, the pairs tend to disperse widely throughout the region’s farmland in search of a suitable site.

To breed successfully, Blue-throated Macaws need to find two specific conditions: isolated forest islands away from climbing predators and trees with large cavities in their trunks so they can nest within them. These conditions were abundant in the past, but 100 years of intensive cattle ranching has cleared almost all old growth, large trees. 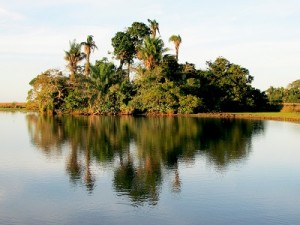 Here at Armonía we believe it will be possible to entice the macaws to breed in the safety of the reserve by installing artificial nest boxes. We have identified the sanctuary of the Tiniji River forest islands as a potentially successful breeding site within the reserve. In August, over 150 Blue-throated and Blue-and-yellow Macaws used these isolated forest islands as a safe roosting site, so the birds know that it is safe.

We hope to update you soon on the successful breeding of Blue-throated Macaws within the reserve – it will be a great success for the survival of the species.