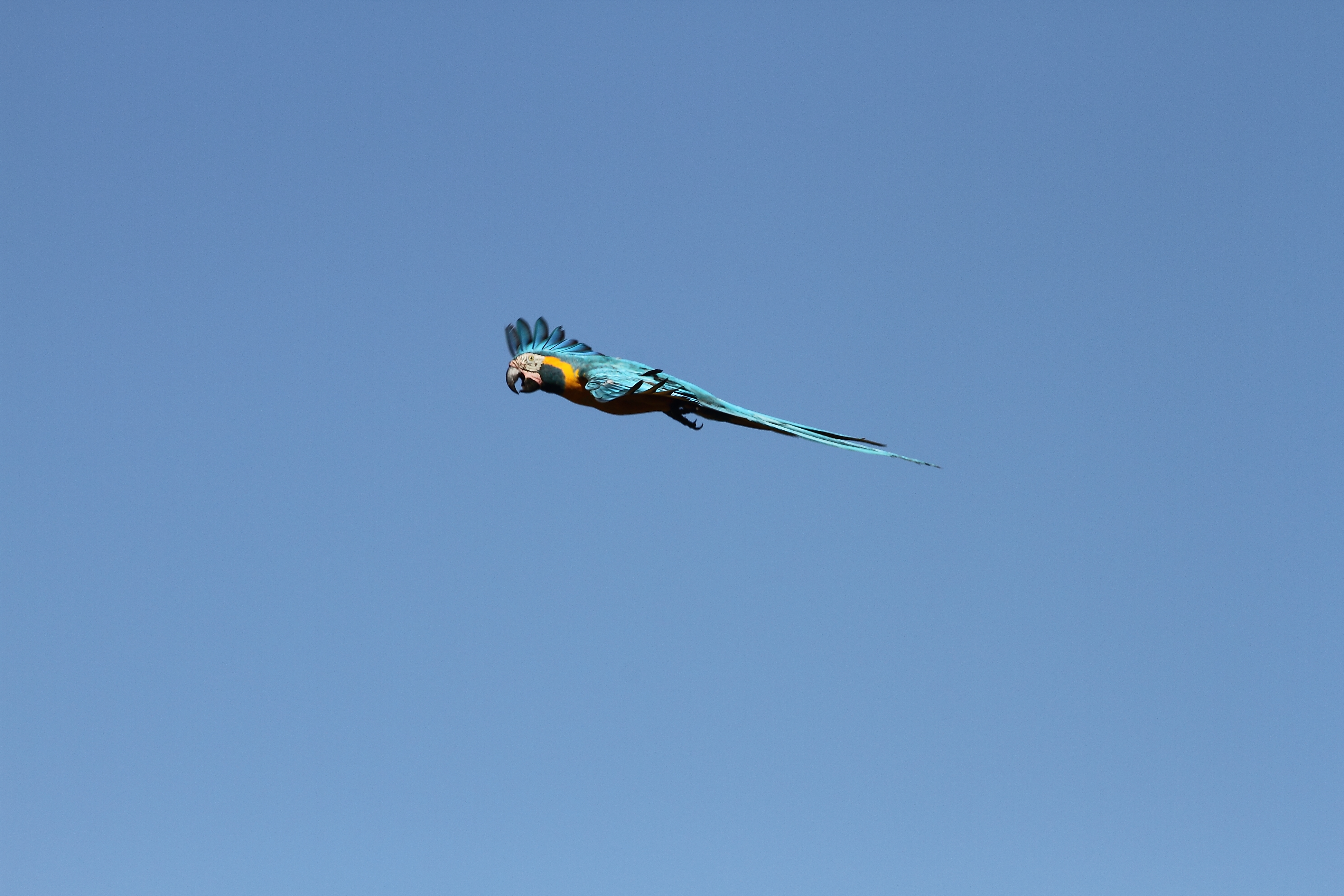 The Blue-throated Macaw is endemic to the Bolivian Beni savanna ecoregion, also known as Los Llanos de Moxos. This Macaw is Critically Endangered and only 250-300 individuals are expected to survive in the wild (2015, Armonia global population survey). It inhabits hyper-seasonal flooded savanna habitat, interspaced with Motacu dominated palm forest islands and gallery forest, which it uses to forage and roost. The species experienced severe population declines and local extirpation due to illegal pet trade and habitat loss.

To answer this question, Armonía with support from American Bird Conservancy, Cincinnati Zoo and Botanical Garden’s CREW Conservation Fund, and Loro Parque Fundacion, kicked of the search for breeding grounds in February 2017 to the north of Barba Azul Nature Reserve. The succesfull expedition discovered four new Blue-throated nests. Two nests were found in dry royal palm snags flooded by recent rainfall and difficult to access. Two more were found in totaí palms at another location about 50 km northwest of the reserve. In that case, the birds chose locations 50 meters (164 feet) away from a populated farm.

Discovering where the macaws migrate to hatch and raise chicks is imperative, as it will allow scientists to gain a full understanding of the macaw’s entire life cycle and thus ensure full protection of the species.

Please help us to save the most threatened bird species of Bolivia. Our program urgently needs support to increase the size of the reserve, to fund rangers to protect it, and to build additional nestboxes.

We thank our international partners and individual donors for supporting the Blue-throated Macaw program and Barba Azul Nature Reserve – we cannot save the species or empower our people without your generous support.